Eye to eye with lions and tigers 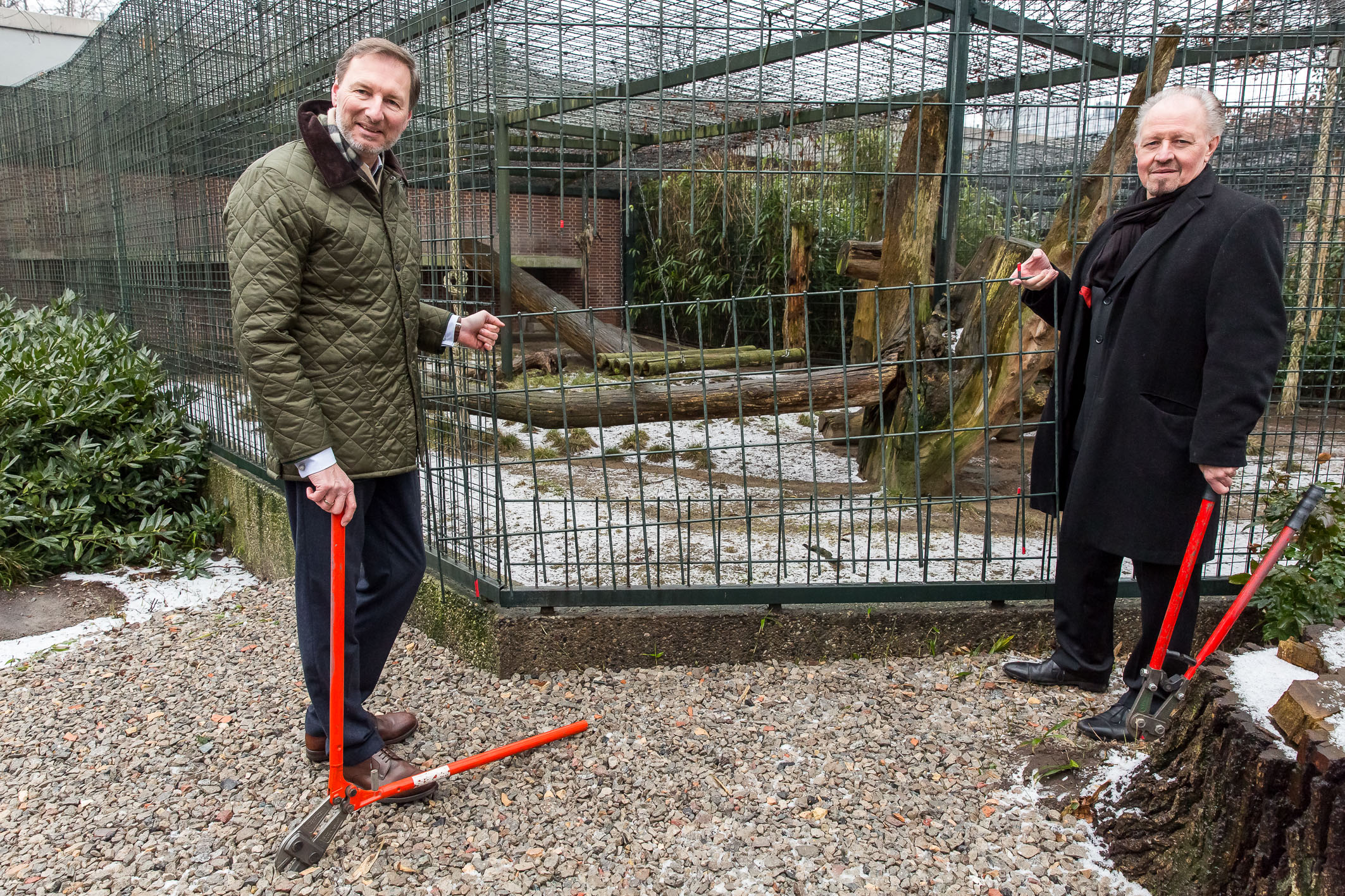 A child stares in awe at a majestic lion – the two separated by a pane of glass just a few centimetres thick. Meanwhile, a few metres away, a handsome leopard clambers up a tree trunk. The future looks very different for Zoo Berlin’s Predator House, where a grand renovation project began on 7 March, 2018.

Up to now, the big cat facilities at Zoo Berlin have been dominated by metal bars and tiles, which clearly no longer met the demands of modern animal keeping. As a result, the entire Predator House is now undergoing extensive renovation work. During a planned construction period of just under a year and a half, bars will be replaced by glass, tiles by artificial rock, and habitats will be created that better resemble the animals’ homes in the wild. Several of the former cage-like enclosures will be merged, and certain habitats will be extended into the visitor’s area to provide more space for the larger inhabitants in particular. A full thematic redesign will also create enclosures that reflect the natural habitats of their residents. In the future, for example, the jaguars will be able to take a dip in a South-American-style lagoon.

Visitors, meanwhile, can look forward to exciting new edutainment material with information about the various cats. Plus, floor-to-ceiling panes of glass will allow for an even closer experience of these fascinating felines. Perforated sheets will still allow all the sounds and smells of the animals to fill the Predator House – ensuring that the intimidating roars of our lions continue to give visitors goose bumps in the future. The former structure of the building will be retained, with the relocating and restructuring of the entrances providing visitors with clearer guidance through the facility. This will involve, for example, sealing off two of the former entrances and constructing a new main entrance at the northern end of the building. The exterior of the building will be made more inviting with the addition of rock structures.

Certain changes will also be made to the predators’ outdoor habitats. Cage-like enclosures will be done away with, replaced by merged and interconnected habitats that appear lighter and more spacious. Thanks to the erection of a noise and dust protection wall and the fact that construction is divided into three phases, work can even begin without having to relocate all the animals first.

On 7 March 2018, Zoo and Tierpark Director Dr Andreas Knieriem removed the first metal bar of the jaguar’s former outdoor enclosure, symbolising the official start of construction. “The renovation and modernisation of the Predator House was long overdue,” explains Knieriem. “I am therefore all the happier that our new facilities will actually exceed current expert guidelines for the keeping of mammals.” Zoo Berlin also intends to build another habitat for leopards and jaguars on the opposite side of the Predator House.

Construction work is scheduled for completion in summer 2019. Thanks to numerous donations and inheritance payments, the Zoo is able to finance this work itself. Based on current plans, construction costs stand at around €8 million. Additional funds to cover, for example, the educational material and the expansion of the outdoor habitats are being provided by the Joint Federal Government/Länder Scheme for the Improvement of Regional Economic Structures (GRW). Coordination processes for this have already begun. After the work is completed, various other cat species such as servals will be housed in the renovated Predator House alongside the “Big Four” – lions, Siberian tigers, Persian leopards and jaguars.

Hi Since the predator attraction is under reconstruction whereabouts in Berlin can I see the big cats in another zoo in 2020 when I holiday in the city.

Ich habe einen fragen do you know what month dies Sommer die katzen will be seen at das zoo ? thank you

please i want to find out if there are lions in the berlin zoo , thanks

Are visitors able to access the Nocturnal House during construction? Where will the big cats be relocated? Thanks!